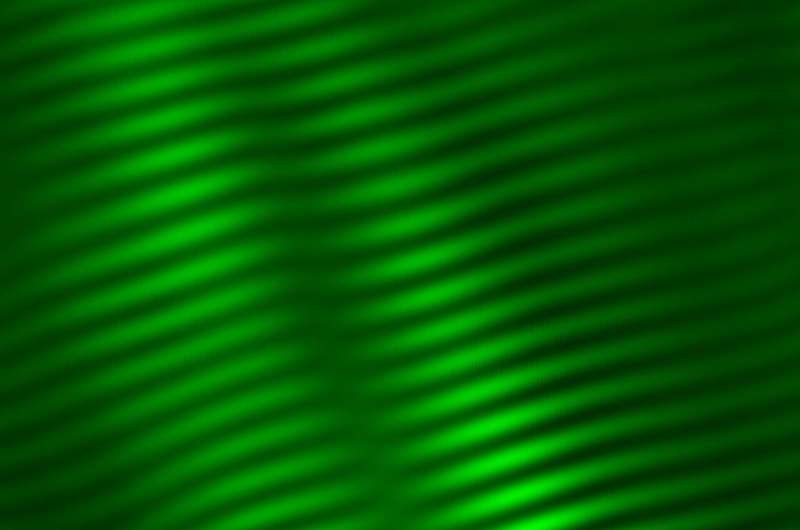 After suffering a stroke, patients often are unable to use the arm on their affected side. Sometimes, they end up holding it close to their body, with the elbow flexed.

In a new study, Northwestern University and Shirley Ryan AbilityLab researchers have discovered that, in an attempt to adapt to this impairment, muscles actually lose sarcomeres—their smallest, most basic building blocks.

Stacked end to end (in series) and side to side (in parallel), sarcomeres make up the length and width of muscle fibers. By imaging biceps muscles with three noninvasive methods, the researchers found that stroke patients had fewer sarcomeres along the length of the muscle fiber, resulting in a shorter overall muscle structure.

The research was published today (June 25) in the Proceedings of the National Academy of Arts and Sciences.

This finding is consistent with the common patient experience of abnormally tight, stiff muscles that resist stretching, and it suggests that changes in the muscle potentially amplify existing issues caused by stroke, which is a brain injury. The team hopes this discovery can help improve rehabilitation techniques to rebuild sarcomeres, ultimately helping to ease muscle tightening and shortening.

READ MORE  Get Stronger, Faster: How To Build Muscles

“This is the most direct evidence yet that chronic impairments, which place a muscle in a shortened position, are associated with the loss of serial sarcomeres in humans,” said Wendy Murray, the study’s senior author. “Understanding how muscles adapt following impairments is critical to designing more effective clinical interventions to mitigate such adaptations and to improve function following motor impairments.”

Measuring just 1.5 to 4.0 microns in length, sarcomeres comprise two main proteins: actin and myosin. When these proteins work together, they enable a muscle to contract and produce force. Although previous animal studies have found that muscles lose serial sarcomeres after a limb is immobilized in a cast, the phenomenon had never before been demonstrated in humans. In the animal studies, muscles that were shorter because they lost serial sarcomeres also became stiffer.

“There is a classic relationship between force and length,” said Amy Adkins, a Ph.D. student in Murray’s laboratory and the study’s first author. “Given that the whole muscle is composed of these building blocks, losing some of them affects how much force the muscle can generate.”

By combining medical imaging to better view muscle structure, the study also establishes that it is possible to study muscle adaptations in sarcomere number in humans. Before two-photon microendoscopy, human studies were limited either to examining dissected tissues in anatomy labs, which give imperfect insight into how muscles adapt to injury and impairment, measuring sarcomere lengths during surgery or from a muscle biopsy, which restricts who can participate in the study.

“In almost every facet of our world, there is an important relationship between how something is put together (its structure) and how it works (its function),” the researchers said. “Part of the reason medical imaging is such a valuable resource and clinical tool is that this is also true for the human body, and imaging gives us an opportunity to measure structure.”

New understanding of how muscles work

This document is subject to copyright. Apart from any fair dealing for the purpose of private study or research, no
part may be reproduced without the written permission. The content is provided for information purposes only.