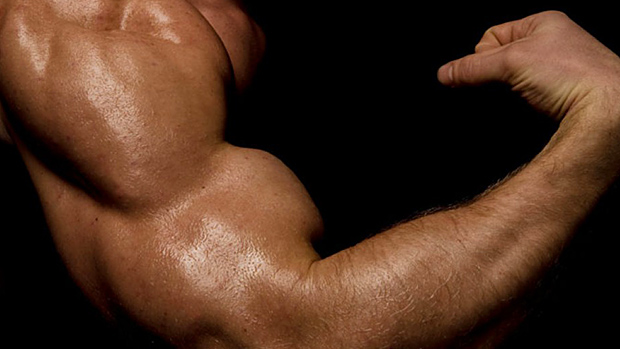 Still falling for this stuff? That’s okay. Most of us did at one point or another. Here’s what’s actually going on.

Table Of Contents show
1 – Every pound of muscle you add burns 50 extra calories a day.
2 – You can’t lose fat and build muscle at the same time.
3 – Steady state cardio will make you lose gains, bro!
4 – The ideal rep range for muscle growth is 8-12 reps.
5 – All you need are the compound lifts to build muscle.
6 – Bodybuilding won’t help athleticism.
References

1 – Every pound of muscle you add burns 50 extra calories a day.

Many of us used to believe this, but science tells us something different now. It’s certainly true that muscle is metabolically active tissue. When you build it, the amount of calories you burn at rest does go up. But the research shows you’ll burn more like 6-10 extra calories per day for each pound of muscle you gain – significantly less than 50. (1,2,3,4)

The good news? Research shows that the more muscle mass you have, the more calories you’ll burn from an intense workout (5).

2 – You can’t lose fat and build muscle at the same time.

You absolutely can lose fat while gaining muscle. Research has demonstrated this in variety of populations, like:

From a nutritional perspective, although a caloric deficit is needed to lose fat, a caloric surplus isn’t necessarily needed to build muscle. This is because stored fat is stored energy. So, those stored fat calories are available for the body to use as fuel for the muscle-building process.

But hold on, get this part straight: Your body can’t turn fat into muscle or vice versa. Fat is fat and muscle is muscle. But, if you’re overweight, your body can use your stored energy (fat) to actually fuel the muscle-building process when that fuel isn’t coming from additional food intake.

The science, noted above, tells us that the more fat and the less muscle you have, the greater your ability to gain muscle and lose fat at the same time. This doesn’t mean you should go get fat. It just means your biology is working in your favor when you want to pack more muscle on, but have some fat to lose.

As HIIT has grown in popularity, there’s been a decline in the popularity of the standard 30-minute bout of steady-state aerobic training (the low-to-medium intensity exercise on a treadmill, elliptical, or bicycle). But if you’re just starting or restarting an exercise program, beginning with HIIT may increase your odds for injury.

It’s actually not a bad idea to start with low-intensity aerobic exercise until you can run or use the elliptical or bike for about 30 consecutive minutes at moderate intensity in order to increase your aerobic fitness. This gives you a better foundation for using high-intensity conditioning methods (10).

Some say steady-state cardio interferes with muscle gains. But research indicates that in previously untrained men, adding low-impact aerobic exercise (like cycling) doesn’t jeopardize gains in strength or muscle size. In fact, it may even increase muscular gains (11).

READ MORE  The Best Dumbbell Workouts You Can Do At Home

Other evidence shows that aerobic exercise improves muscle size and aerobic capacity. These improvements are similar between younger and older men (12). It’s likely that these results also apply to women because aerobic exercise acutely and chronically alters protein metabolism and induces skeletal muscle hypertrophy. Ironically, it can also serve as an effective countermeasure for both women and men prone to muscle loss (13).

But keep these study results in perspective because they involve untrained people. So, what impact does steady-state cardio have on trained individuals?

Well, look at what bodybuilders have been doing for years as they get closer to the stage. Bodybuilders do steady-state cardio while prepping for their shows and are able to maintain impressive amounts of muscle mass. This can’t simply be chalked up to the influence of drugs because there are plenty of natural bodybuilders who do this as well.

It’s unrealistic to think that doing a reasonable amount of steady-state cardio will automatically cause you to lose hard-earned muscle, especially if you’re emphasizing resistance training.

For the intermediate or advanced lifter who already has a solid training base, doing high-intensity interval-style training (HIIT) each workout is unnecessary. Too much can be hard on the body. Doing too much in a given week can keep you from recovering sufficiently between workouts. A great method to use on recovery days is light to moderate cardio. 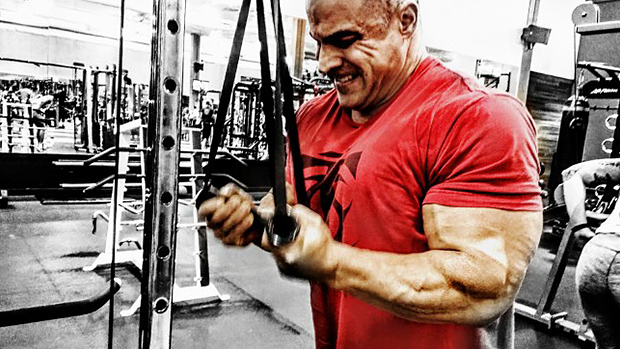 So, mechanical tension is really the driving force of muscle growth, and muscle damage and metabolic stress are just the physiological results of it. This is why lifting a lighter weight to (or near) failure produces gains in muscle size similar to that produced by lifting a heavy weight to failure (15).

In other words, mechanical tension can be created either by lifting heavy loads for fewer reps or by lifting medium loads for more reps. So, either can create a stimulus for muscle growth (16). Not to mention, regularly varying sets and reps is an effective means of improving muscle strength and size (17, 18, 19, 20).

From a practical perspective, the evidence on sets and reps tells us that there’s no specific rep range for maximizing muscle size, and the smartest approach is to use both heavy-load, low-volume work with lighter-load, higher-volume work in an undulating fashion.

5 – All you need are the compound lifts to build muscle.

Wanting to look more jacked? Muscle size requires more than just the “big” compound lifts. You need to isolate certain muscles to get them to grow.

For instance, different parts of the hamstring complex can be regionally targeted through exercise selection. This falsifies the common belief that just sticking to the big lifts will give you a fully comprehensive training stimulus for building muscle.

Researchers investigated the muscle activity of the hamstrings during the leg curl, good morning, glute-ham raise, and Romanian deadlift (RDL) and found that hamstring activity was maximized in the RDL and glute-ham raise.

Their results were confirmed in another study, which concluded that people trying to maximize the involvement of the hams should consider focusing on both the glute-ham raise and RDL (22).

And this goes for all muscle groups. Isolation exercises used on the same area (quads, biceps, glutes, delts) can have unique training benefits and impact muscle growth differently.

Many coaches claim that they don’t use bodybuilding concepts like isolation exercises because they don’t want their athletes to become overly muscle-bound and less athletic… the way they perceive many bodybuilders.

This view is out of touch with reality. Doing some hamstring curls and triceps extensions won’t automatically turn you into a pro bodybuilder any more than doing sprints on a track turns you into an Olympic sprinter. Nor is the central nervous system so fragile that performing a few sets of isolation exercises or a few sets on weight machines could somehow undercut the functional abilities and movement skills acquired from long hours of sport practice and competition.

Improving your sports performance from training isn’t purely related to gains in strength. They can also be related to increased bodyweight from muscle size. So, building your body actually can help you improve your overall athletic performance.

In fact, one of the things that determines our stability and strength from our feet is bodyweight. A body’s mass (or weight) contributes to stability because heavier bodies are harder to move and hence are more stable. On the flipside, lighter bodies are moved more easily and are less stable (23).

So, getting bigger can help you better use your strength by providing a greater platform from which to push against your opposition. It can also give you a better chance of avoid getting knocked over or knocked off balance.

Bottom line: Getting bigger by putting on 20 pounds of muscle mass (not fat) through hypertrophy training can help you better use your strength by providing a greater platform from which to create and resist force.